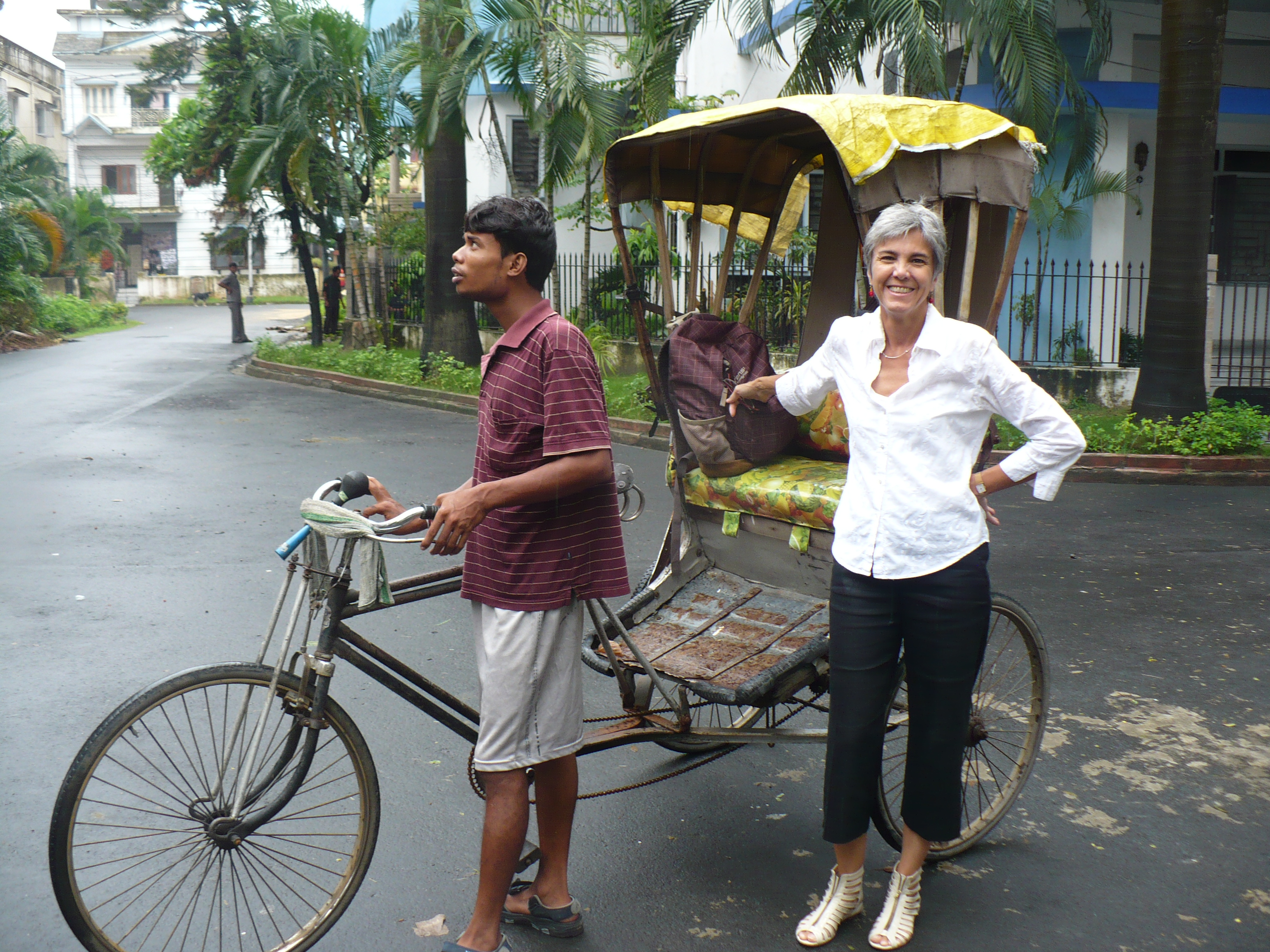 My interest in microfinance started when I first heard about Kiva on National Public Radio. Next, my daughter, a sociology student, took a class on microfinance, visited programs in the Dominican Republic and Belize, and taught me a lot about how microfinance institutions (MFIs) operate. I started researching opportunities to work as a consultant in program monitoring and evaluation, but I wasn’t getting much traction. But when I contacted Grameen Foundation, they told me about Bankers without Borders volunteer consulting opportunities and I signed up. I was later approached to help an MFI in West Bengal, India, develop a survey to understand the social impact of their loans to women borrowers.

I agreed to take on the project ... and then started to panic. I was skeptical that, in just five days, we could accomplish the goals we had set for ourselves. I had no idea what the evaluation capacity of an MFI based in India would be, and assumed it would not be very strong since their main focus was on making loans. In preparation for the assignment I searched for pre-existing tools we could adapt to the MFI’s needs, and the week before I left for India I found a good match.

With the dedicated participation of the MFI’s executive director, in the first two days of my visit, we drafted a 24-question survey using the template I brought. Next, we took the draft survey to a branch office and tested it with five clients – which involved a five-hour round-trip train ride to the village in the midst of the monsoon season! Once back in the office, we worked on strategy for the next phase – a quasi-experimental study that would ultimately involve 450 clients and non-clients. When I left Kolkata, we had a clear plan for finalizing and translating the survey, training data collectors, drawing randomized samples, and dealing with data entry and analysis. All of this was accomplished in just five days, with a little time left over to wet my feet in the Ganges River!

After returning home, I reflected on this phase of the project and realized that my original concerns about the MFI’s evaluation capacity had been unfounded.  That said, I had been wise to come prepared rather than re-inventing the wheel in the field. I found my work with the MFI very productive, rewarding and fun. Most important, I learned that people who work in microfinance – with the poorest clients – are dedicated, determined, selfless and will not take “no” for an answer. I am looking forward to finishing the project working with the team in Kolkata now that I know no matter how much I push them on something, their answer will always be, “No problem, Marcela!”

Dr. Marcela Gutierrez recently returned from India, where she completed a Bankers without Borders® volunteer assignment for a 10-branch microfinance organization. Dr. Gutierrez used her skills and expertise to help the organization evaluate how their program helps the poor.