The Power of Microbusiness

Shannon Maynard is the Director of Grameen Foundation’s skilled volunteer program, Bankers without Borders®. Maynard has more than 15 years of experience in nonprofit management and volunteer mobilization. Before joining Grameen Foundation, she served as Executive Director of the President’s Council on Service and Civic Participation, and managed strategic initiatives for federal agency the Corporation for National and Community Service. One of the books that has been on my reading list for a while but I haven’t gotten to yet is The Coming Jobs War, by Gallup CEO Jim Clifton.  As a busy working mom, I’ve read reviews and excerpts, and have promised myself to read the entire book by the end of the summer.  I do know that the premise of the book, which is based on the findings of Gallup’s World Poll, is that what people in the world want most is a good job. Here in the United States that typically translates to a formal job and steady paycheck. In the developing world that includes informal jobs, but the message is the same – people want steady, reliable pay in return for a hard day’s work.  Clifton argues that over the course of the next 30 years, economic force will trump political and military force in terms of determining which countries have power and influence and which do not.  The top U.S. cabinet position will be the Secretary of Job Creation – not the Secretary of State or Defense. 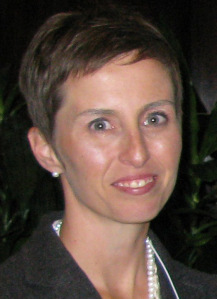 At Grameen Foundation, we focus our time on creating ways to give the poorest people, in some of the world’s poorest countries, access to information and financial services that will help them improve their livelihoods, most often through the creation of informal jobs.  In the United States, there is a similar effort afoot to provide greater access to financing and technical assistance to help microbusinesses – those businesses with between one and five employees – grow and create more jobs.  The Association for Enterprise Opportunity (AEO), the voice of microenterprise development in the United States, argues that if just one-third of these microbusinesses were able to hire one new employee, the United States would be at full employment.

As someone who cares deeply about fighting poverty in all forms and in all places, I am pleased that Bankers without Borders, the Grameen Foundation program that I direct, is working to accelerate the efforts of both Grameen Foundation and the Association for Enterprise Opportunity to empower the poor and underserved to improve their quality of life, and hopefully someday put poverty in a museum, as Prof. Muhammad Yunus likes to say. Bankers without Borders focuses on harnessing the human and intellectual capital needed to help create new solutions to persistent problems.  For example, skilled volunteers with experience in mobile services and product design are supporting Grameen Foundation’s efforts to bring actionable information to banana farmers in Colombia, which will help increase their production and income.  Volunteers with commercial-lending backgrounds are helping a nonprofit Community Development Financial institution in New York determine whether to launch a new loan product that would provide access to greater amounts of working capital for growing small businesses. These are just two of more than 500 examples of how our pool of 8,000+ volunteers are taking the skills and expertise they already use in their jobs to help create more and better jobs – formal and informal – around the world.  This week, we’ll join our friends at AEO, along with more than 400 leaders from microenterprise organizations across the United States, at its annual conference to explore the power of microbusiness to fuel U.S. job creation. “Jobs” – it’s a word those of us living in the United States will hear over and over again during the course of the current election season.  It’s a word some of us can be heard complaining about to our spouses at night after a long day’s work.  It’s a word none of us should take for granted. One of the wishes I have for my two-year-old daughter – whom I blame for my lack of reading time these days! – is that some day she can be as lucky as me to have a job that can both help support her family and bring her purpose and personal satisfaction.  Countries, institutions and the individual people comprising them all have a role to play in creating these jobs – formal and informal, at home and abroad – that will lead to global peace and prosperity for future generations. If you are interested in learning more about this movement, visit BankersWithoutBorders.com or follow us on Facebook, Twitter or LinkedIn.